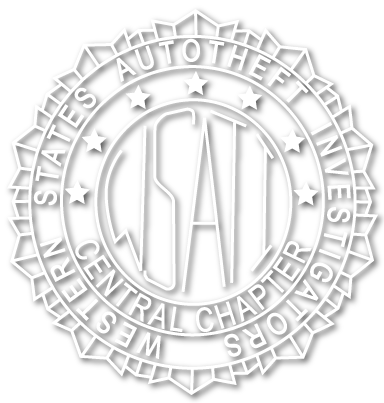 George Baker serves as GM’s primary interface to the international Law Enforcement and vehicle crime investigation community.  He leads GM’s Global Vehicle Security Team, working with GM’s technical experts to help GM understand and counter current and emerging vehicle crime methods to provide optimal vehicle security to GM product owners.     George has held a variety of positions at General Motors since 1995, including locomotive program manager in Mexico and Russia, sales/marketing/aftersales director in Moscow, director of GM Military Trucks, and OnStar’s primary liaison to Law Enforcement. He holds an engineering degree from West Point, a growing number of vehicle security patents, a master’s degree in Russian area studies from Harvard University and is a retired US Army officer who found teaching and liaison work to be his most satisfying assignments.  He and his wife, Shannon, reside in Michigan and are proud parents of three young adult sons – Hal, Pearce and Jack.

As Director of the National Insurance Crime Bureau's Learning and Development, Steve leads the development of field trainers and delivery of on-site and virtual training for internal staff, member organizations, and Law Enforcement.  Previously, Steve was a special agent with NICB, responsible for conducting investigations involving many aspects of insurance fraud.  In the past, Steve has been in law enforcement directly or in support operations for over 35 years. Past assignments include computer audio/video forensics and data analysis.  Before that, Steve was employed by the Washington State Patrol, spending most of his career as a detective specializing in crime scene investigations, computer forensics, and criminal intelligence.

Mr. Berasley is a Certified Fire Investigator/Automotive Forensic Specialist with the responsibility of managing and conducting vehicle fire investigations for FCA. His years of experience include owning and operating his own auto repair facilities & collision company where he was directly responsible for mechanical issues on vehicles, trucks and heavy equipment. He works with law firms and the insurance industry, providing additional services in all fire related disciplines including Fire Testing and Auto Related Mechanical & Electrical Studies.

Mr. Berasley has conducted over 6,000 hours of investigations for Fire Cause Analysis. In addition, Mr. Berasley has given deposition and trial testimony in both civil and criminal cases. Mr. Berasley has also conducted numerous presentations, training and live burns related to vehicle fire investigations, including an eight-hour training course requested by the US Dept. of Transportation & the National Highway Traffic Safety Administration in Washington, DC. Mr. Berasley is also responsible for all aspects of evidence recovery, handling & storage, and documentation of evidence, including supervising collection and evidence chain of possession in FCA’s facilities nationwide.

Sergeant Jimmy Eberhart has been employed with the California Highway Patrol for twenty-seven years.  He is currently assigned to the California Highway Patrol- Southern Division, Investigative Services Unit (ISU), in Los Angeles.  He supervises the canine unit and investigators assigned to various task forces responsible for conducting criminal investigations.  Jimmy was previously assigned as a vehicle theft investigator, for over twenty years, and served with the Taskforce for Regional Auto Theft Prevention (TRAP) in Los Angeles County, the Orange County Auto Theft Task Force (OCATT), and at the California Highway Patrol- Southern Division, Vehicle Theft Unit in Los Angeles.  Over the years, Jimmy has developed an extensive amount of knowledge regarding sport bike motorcycles and is currently a recognized expert on the U.S. West Coast in sport bike thefts, trends, and sport bike clubs.

Mike has been employed at Stellantis (formerly FCA) for over thirteen years. He is currentlyassigned to the company’s Corporate Investigations Unit assigned to the Asset and BrandProtection Team, whose responsibilities include investigating trademark and patent infringement,counterfeit parts, and theft issues.

Prior to this, Mike had a career with the Michigan State Police that spanned over 25 years. In1987 he took a “temporary” plainclothes assignment in auto theft and never left, spending over16 years investigating auto related crimes. During his career Mike launched two newauto theft/fraud teams, and finally ended his career as the commanding officer of an auto theftteam in metro Detroit.

After retiring and beginning his career at Stellantis, Mike worked for the Ford Motor Company asa corporate investigator and at Progressive Insurance as a member of their Special Investigations Unit.

Mike is a member of IAATI and NCRC and was one of the founders of the Michigan Association of Vehicle Theft Investigators (MAVTI), where he served as Director for four terms.

Steve Moore started his career with a municipal fire department located in the San Francisco Bay Area in 1984. As he worked his way up in the ranks to Captain, he also became a shift fire investigator in 1990. Steve continued to serve as a shift investigator until his retirement in 2011. Steve is certified through both the International Association of Arson Investigators (IAAI) and the National Association of Fire Investigators (NAFI). Steve is also certified as an evidence collection technician, motor vehicle investigation endorsement and an expert witness through IAAI. Steve has served as primary and adjunct instructors in fire investigation classes taught for the IAAI, public and private sectors. Steve is a licensed private investigator in the state of Oregon. Steve brings his 35+ years of experience in both firefighting and origin and cause investigations with him to every investigation.​Sample text. Click to select the Text Element.

David Navarro has been employed with the California Highway Patrol for over 19 years.  Approximately 12 years of his career, David was assigned to the Border Division Investigative Services Unit (ISU) as a vehicle theft detective.  Over the past year, David promoted to the rank of Sergeant and is currently supervising the Border Division Investigative Services Unit (ISU) Cargo Theft and Vehicle Theft unit.  During his time as a vehicle theft detective, David worked numerous cases involving Auto Fraud, which encompasses the following:  subleasing, fraud purchases, rental fraud, title washing, fraud vehicle exportation, synthetic ID, and impound extortion.  David has become a subject matter expert in Auto Fraud and has testified in court as an expert on numerous occasions.  During his tenure as a vehicle theft detective, David investigated and assisted with numerous cargo theft investigations.  David is currently providing training to law enforcement and commercial business regarding cargo theft prevention and trends.  David is an instructor for the California Commission on Peace Officer Standards and Training (POST) Vehicle Theft course.  David has also taught and spoke at several vehicle theft and fraud conferences throughout the United States.

Special Agent Supervisor (SAS) Robert Pennal, Office of the Attorney General, California Department of Justice, Bureau of Narcotic Enforcement (CA DOJ/BNE), retired in April 2009 after a 30 year law enforcement career.  Prior to employment with DOJ, SAS Pennal was employed both as a Deputy Sheriff with the Merced County Sheriff’s Department (MCSD) and an Officer with the California Highway Patrol (CHP).

SAS Pennal is a three time CNOA Region 7  “Narcotic Officer of the Year” and on December 12, 2002, SAS Pennal was awarded the national “Outstanding Task Force Commander of the year” by the Office of National Drug Control Policy, Office of the President.  In May of 2009, SAS Pennal was awarded the national “Domestic Impact” award at the National Methamphetamine and Pharmaceutical Initiative National Strategy Conference.  SAS Pennal was recognized for his contributions to narcotic enforcement.  SAS Pennal has trained over 80,000 police officers and emergency personnel on both officer safety and narcotic investigations.  SAS Pennal currently lectures at conferences throughout the United States and Canada.  SAS Pennal was also a presenter at the Global Methamphetamine Conference, Prague, Czech Republic. In 2017 SAS Pennal provided training in New Zealand for The Drug Detection Agency (TDDA).  In 2018 SAS Pennal was an invited speaker at the Can-AM (Canadian-America) Conference provided by the Minnesota State Association of Narcotic Investigators (MSANI) and was an invited speaker at the 2018 Cybersecurity Summit. In 2019 SAS Pennal was invited to speak at the Eastern District United States Attorney Opiate Awareness Summit for Educators. In 2018 the California Narcotic Officers’ Association presented SAS Pennal the Judge John J. “Jack” Ryan Educator of the Year Award.

Sumair Sandhu is the founder and managing partner of the Sandhu Law Group.

Sumair's practice primarily includes the defense of lawsuits in the areas of personal injury, construction defects, and commercial/premises liability. He has also assisted major insurance companies with first party claim investigations. Sumair has taken numerous examinations under oath in both auto and homeowners claims, written coverage opinions, and drafted declaratory relief actions. In the area of first party claims, Sumair has vigorously defended arbitration actions from the onset through verdict. Sumair is a member of the State Bar of California. He is also admitted to the United States Federal Courts for the Northern and Central Districts of California. Sumair is currently the Vice-President of the Anti-Fraud Alliance (AFA) and is a member for the Northern Chapter of the Western States Auto Theft Investigators (WSATI).

Officer John Woosnam is a 28-year police veteran. He began his career in law enforcement in 1994 as a patrolman with the Upper Moreland Township Police Department in Willow Grove, Pennsylvania, where he served for five years. He joined the Las Vegas Metropolitan Police Department in 1999. John was assigned to LVMPD’s Organized Crime Bureau, Criminal Intelligence Section in 2002, and spent the next 15 years investigating the criminal activities of outlaw motorcycle gangs. John is currently assigned to the Mt. Charleston Resident Officer Detail, providing police services throughout 2200 square miles of rural Clark County. In addition to his principal duty as a Resident Officer, John has been a member of LVMPD’s Crisis Negotiation Team for 11 years.